It's been a while since I've been able to post anything up here.

Life has been pretty hectic and it's hard to find the time to sit in front of the computer! But I guess that's a good thing right?

I've still been in the kitchen punching out some primal dishes. Although the recent 100km event I took part in threw my eating up the waazoo.

But a few close friends and myself are currently in the 3rd week of a strict paleo challenge which has meant I've had to spend more time thinking about what I'm going to eat for the day.

In this Tikka Masala recipe everything is made from scratch. No store bought curry paste. The taste is 100% better when you make your curry pastes yourself.

You can play around with the spiciness of it by just adding more chili.

To make the paste all you need is a food processor and a mortar and pestle are optional. 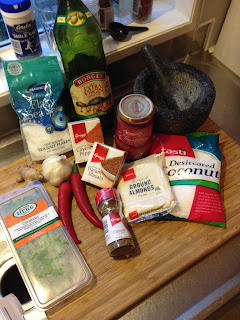 First peel the garlic and ginger and roughly chop.

Put a frying pan on a medium heat and add the spices for toasting to the dry pan.

You will have to watch them as they can burn easily. Toast them for a few minutes until golden brown and until you can smell them. 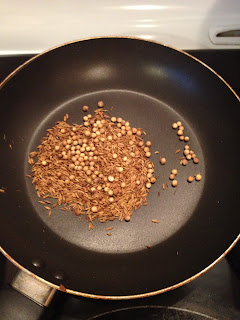 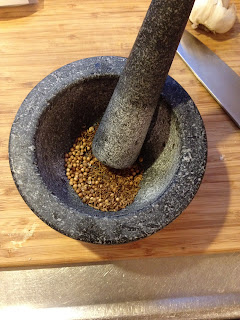 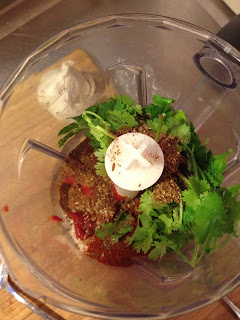 Then whizz it all up until you have a smooth paste. 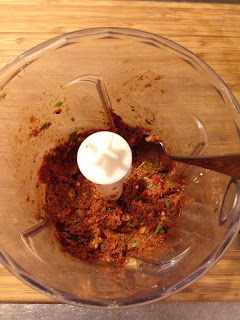 Now that you have made your curry paste you can prepare the curry itself. 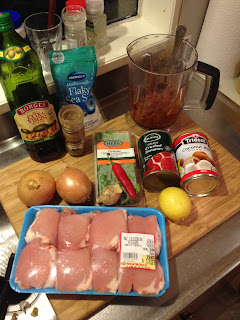 Slice up the Onion, Chili and ginger. 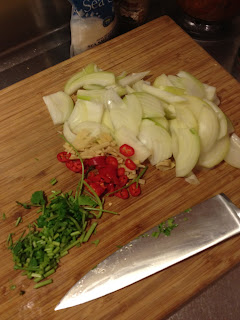 Put a deep dish frying pan on a medium to high heat and add a few lugs of the oil.

Add the onion, chili, ginger and coriander stalks to the pan and fry until golden and softened. About 10 mins. 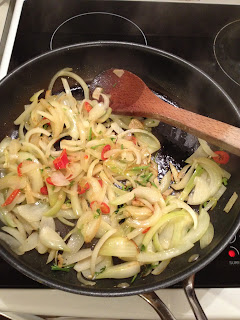 While that's frying away you can cut up your chicken into strips.

Add the chicken to the pan and all the curry paste you made earlier. Give it a really good mix. 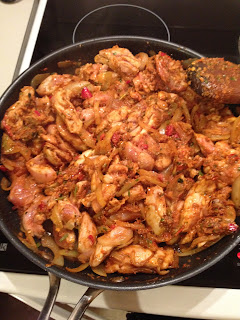 You can season now with a little salt and pepper.

Bring to the boil and then turn down the heat so it simmers away for about 20 mins with the lid on. 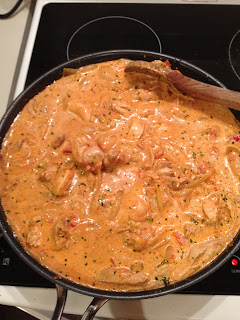 Check regularly after about 20 mins the chicken should be cooked and tender.

I served this over cauliflower rice although you can just eat it as is.

Garnish with the coriander leaves and flaked almonds and squeeze a little lemon over the top.

This really is an awesome homemade Indian dish.